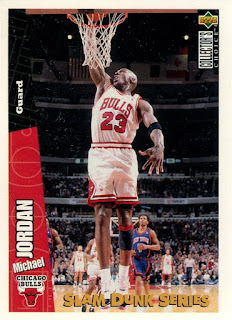 In my last trade post recap I posted about a Collector's Choice oddball I hadn't seen before.  I also mentioned that I found the complete 40-card set on eBay for $12 and purchased it immediately.  I received the cards a few days later.

The cards were packed in a bubble mailer, which is always a great sign.  However, the cards were placed loose in a plastic sandwich bag that had clearly been used in shipping multiple times.  The bag was soft and wrinkled.  Nothing like a new plastic bag would look and feel.

Due to cards being packaged loosely, over 25% were damaged in some sort of manner.  Dinged corners and bent edges.  The eBay listing did not disclose any such damage so the only possible explanation is that they were damaged in shipping. 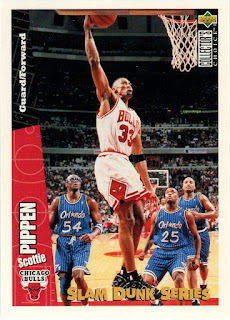 I sent the eBay seller a message explaining the situation and asking if he might have any replacement cards.  I didn't receive a response after several days so I then filed a refund request.  Again, I didn't hear a response for a couple days so I sent one more message.  After I didn't hear back, I escalated my claim to eBay. 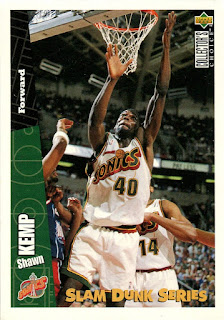 Within an hour, eBay refunded my entire purchase.  Although the whole ordeal was a slight headache, the end result is that I received the complete set for free.  The cards are little dinged up but I think I can live with it.

This is the first time I've ever had to file a complaint with eBay.  Hopefully it will be my last.
Posted by ketchupman36 at 12:00:00 PM