This is my second year participating in Secret Santa organized by Matt over at Bob Walk the Plank.  Last year was a lot of fun and this year turned out to be no exception.

Who was my secret Santa this year? Let's find out! 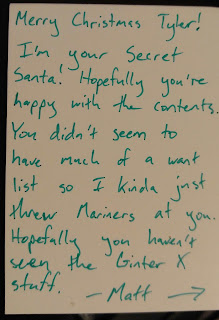 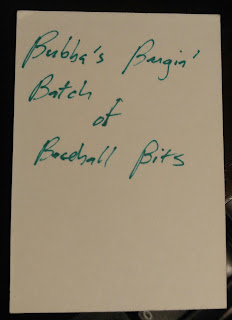 Ah ha! It's Matt from Bubba's Bangin' Batch of Baseball Bits.  Admittedly I'm not too familiar with Matt's blog as it somehow escaped my radar.  I've rectified that error however as he is now part of my blog reading roll.  After looking around his blog for a bit I realized I did remember reading one of his posts where he bought a case of 2016 Allen and Ginter X for cheap as the seller had pulled all the autos.  Hidden among the packs though was a redemption for a Kenta Maeda autograph. How cool!  I look forward to reading more of his blog.

What did Matt send me?  As he noted, I don't really have a solid want list posted on the blog.  That's something I hope to add in 2018.  I started with a Top 5 list on the right sidebar.

Matt threw a bunch of Mariners cards my way, which is greatly appreciated! I haven't cataloged any of the cards yet but I can say with 99.9% confidence that these are all cards I do not have. Nicely done Matt! 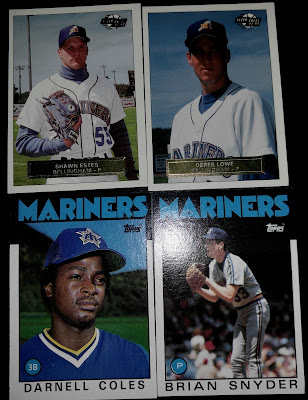 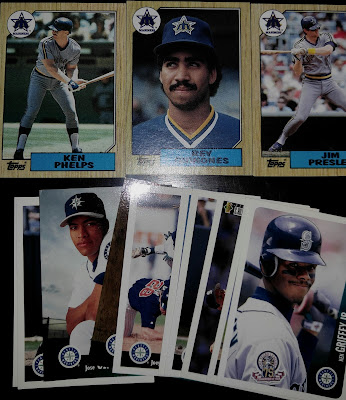 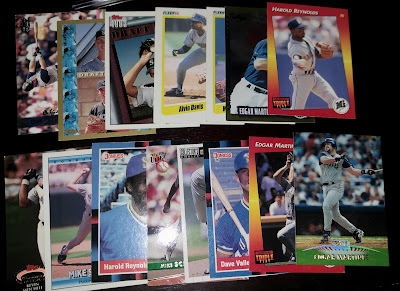 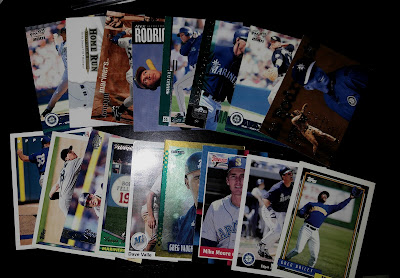 A smorgasbord of cards from the 80s and 90s.  A lot of notable names like Harold Reynolds, Alex Rodriguez, Edgar Martinez, and Jay Buhner. 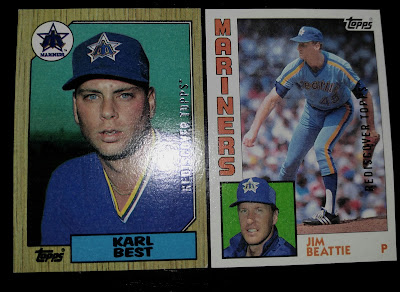 Two silver buybacks.  I forget the "rarity" tier but I think silver was somewhere around mid-tier.

Team sets from the last three issues of Allen and Ginter X.  Very cool! I didn't have any Ginter X cards before this. 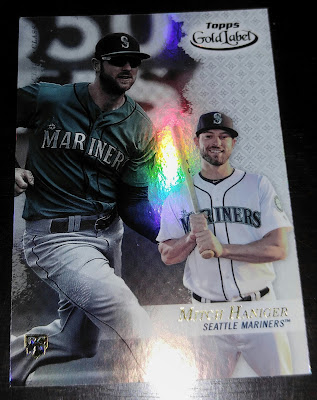 Another first.  My first Topps Gold Label card.  Mitch Haniger too, who is my favorite Mariner newcomer. 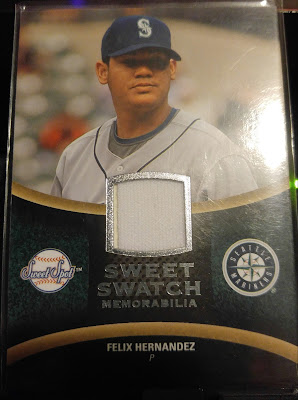 A jersey card of none other than The King.  Solid! 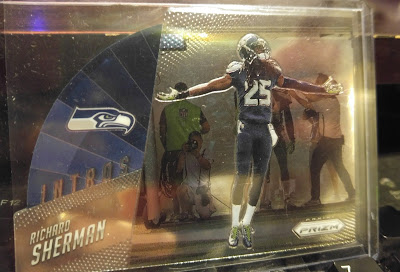 It wasn't all baseball.  Matt suck in this die-cut of Rich Sherman.  I'm not really collecting football like I used to but this card will fit happily into my collection.

Here is my entry for P-town Tom's contest asking us to show off our favorite card of 2017.


I posted about this card not too long ago when documenting a hanger box break of Heritage High Number.  My Fred Meyer is straight fire.  I think I've bought more cards at Target but Fred Meyer has been way better to me.  But whatever, buying retail is a crapshoot anyway.

Not only is this card #MyToppsMomentOfTheYear but it is also my favorite card of the year.  Coming from a retail hanger box this card has it all: a clean, on-card autograph; game-used jersey stripe; low serial number (with it being my first 1/X serial numbered card); and a pleasing design.  Plus, Kluber is a respectable pitcher who won the 2017 Cy Young Award after I pulled this card.
I didn't have any rooting interest Kluber before this card. I typically don't follow players outside my teams.  The excellence of this card though has made me a fan.
I plan to make a follow up post with other cards from 2017 that couldn't knock Kluber off his throne. Hopefully it will feature some cards I have yet to show off on the blog.
Posted by ketchupman36 at 8:37:00 PM 5 comments: