Bo over at Baseball Cards Come to Life! recently acquired a huge lot of cards and graciously listed the sets, offering to comb through the cards for people.  Not only that but he offered up a little game afterwards for a chance at even more cards.

Before I jump into the package, I want to give a shout out for Blue Tape and Pull Tab Awareness Week.  You can head over to Gavin's blog to read all about it.  Bo's trade came nicely packaged in a hard plastic container, so no complaints from me!

With the procedural matters out of the way, let's see what Bo found for my set want lists! 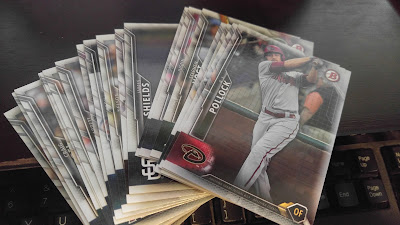 Here we have a selection of 2016 Bowman base. I know people typically pay no attention to the base set in Bowman but when I first got back into the hobby last year I didn't realize prospects were the main focus.  I like the designs of the cards so I'm working towards this modest 150 card set. 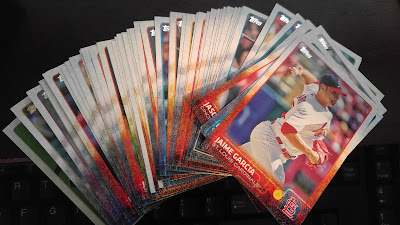 I've slowly been working on series two of 2015 Topps and I am still about 100 cards away.  I'm in no rush to finish this set as these cards will likely be in high supply for some time. 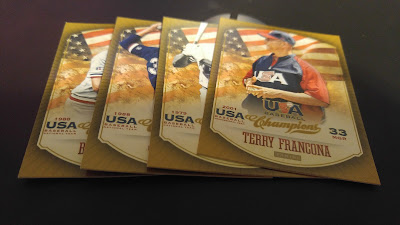 2013 Panini USA Baseball Champions.  Last year I opened a cheap box of this set chasing Kris Bryant autos.  I came away with no major hits, unfortunately.  I did come close to a complete base set, minus the short prints at the end of the checklist, so I'd like to finish it mainly for that reason. 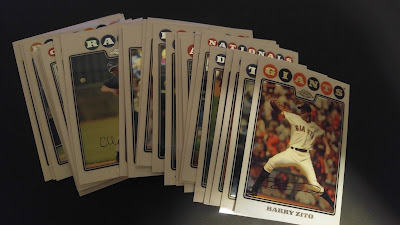 Back again we come to 2008 Topps, this time the Chrome set.  Not much to say about these! 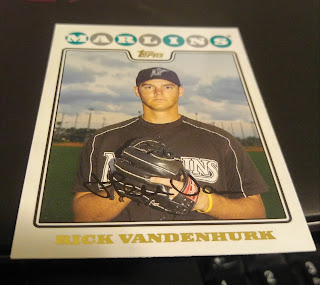 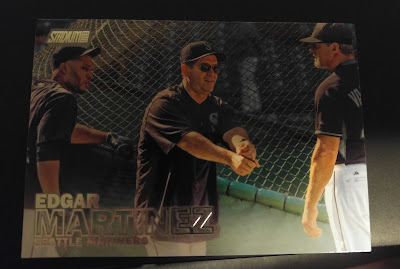 The last card in the trade was Edgaaaar Martinez from 2016 Stadium Club.  Loved by all of Seattle, here we see him in action as the Mariners' hitting coach.  Hopefully soon we will see him in the Hall of Fame. 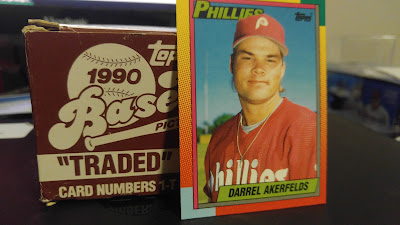 This set of 1990 Topps Traded was not part of my wish list but as part of Bo's game.  As a set collector I can really appreciate getting any complete set, even if it was not a set I was after.  Notable rookies in this set include Wazzu star John Olerud, overhyped Kevin Maas, David Justice, Todd Hundley, and current Mariners TV color commentator Mike Blowers.

Thanks for the excellent trade, Bo!  I'm working on a return pack and hope to get that out to you soon!