Speed Dating at the Card Show

With a baby at home, my free time during the day is limited.  Fortunately, I was allowed to attend the biannual card show that happens right in my back yard.  Unfortunately, I was given a hard deadline of two hours.

That might seem like a lot of time but with this show there are quite a number of tables.  To maximize my time, I had to treat the show like it was a round of speed dating.

Don't spend too much time at one table and make superficial judgments about what's for sale.  Looks like mainly sports memorabilia? Don't even bother.  Heavy vintage? Sorry, not into the older stuff.  Cards in glass cases?  Too rich for my blood.  Boxes of wax? Forget about it!  Unorganized boxes of cards? Actually, that's probably what I'm looking for. 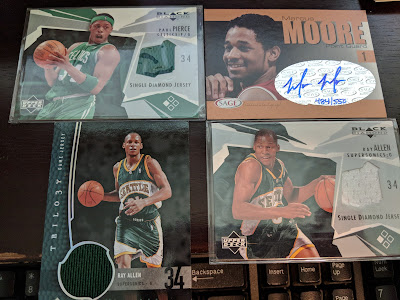 First purchase was these game-used jerseys and autograph.  2 for $5 which I guess is a decent deal but still not a screaming deal.  Still, I was happy with getting some game-used material from two of my favorite players.  Marcus Moore goes into my WSU collection, thus it was a necessary pick up. 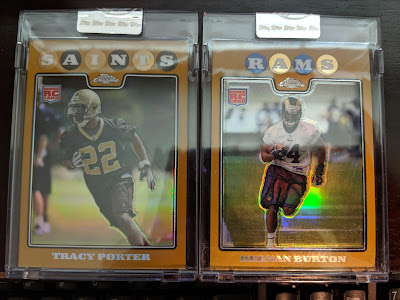 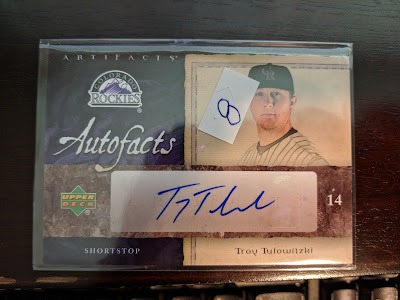 My next purchase came from a dealer who is an older guy, loves to talk, and is friendly as all can be.  I initially wanted to purchase the two 2008 Topps uncirculated cards when he then handed me a stack of cards that were to go into his 50% off box.  I plucked out the Tulo autograph and he offered me $5 for the lot.

He asked me if I thought that was fair and I said that was more than fair.  I looked on COMC and the Tulo autograph goes for $8.  I'd say I got a good deal. 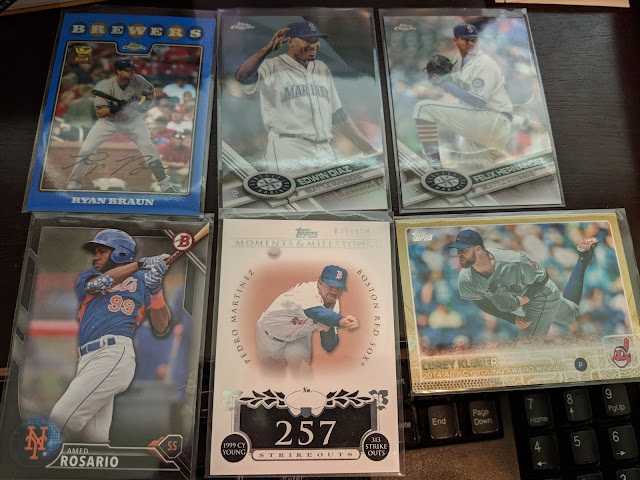 The next dealer is a guy I've bought from before so I knew he would have some decent cards. On the top row we have some shiny chrome cards.  On the bottom row is a nice selection of serial numbered cards.  Ever since I pulled an autographed relic of Kluber I've taken a bit of shine towards him. 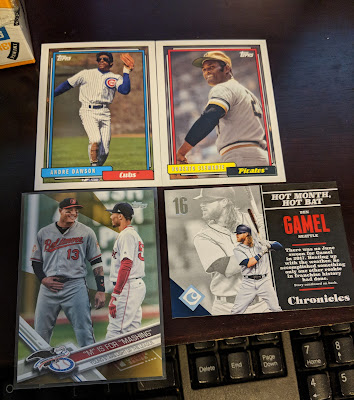 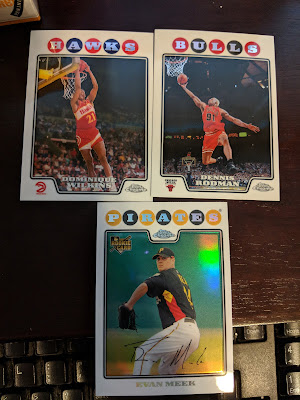 1992 Topps is one of my favorite designs so I'm trying to complete the portion of 2017 Topps Archives that uses the 1992 design.

I'm also always on the lookout for 2008 Topps cards I need.  I rarely see 08-09 basketball chrome cards and at a quarter a piece, these were a no brainer. 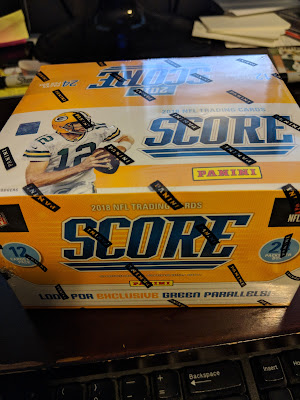 To close out the day I was torn between a completed set of 1993 Upper Deck All-Time Heroes and this box of 2018 Score.  As you can see, I ended up with the Score.  I don't like to buy retail boxes but this one has exclusive green parallels.  I noted in my last post that I'm going for the Luke Falk Score rainbow and green is a parallel I have never seen for sale.  I'm hoping I can pull one from this box.  Plus, I still need plenty of cards to complete the base set. 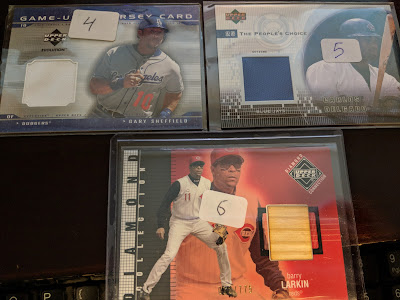 I bought the Score box was from the older, friendly dealer I mentioned above.  He owed me $1 as change from the Score box and instead said I could grab 2 or 3 nice cards from his baseball box that he had just restocked.  I figured for $1 I could find a couple good cards.  I'm pleased with my trio of all-stars.

In two hours I was able to find a nice selection of cards.  It was a speed dating success!
Posted by ketchupman36 at 9:20:00 PM