Feeling A Wave of Excitement with A 2018 Topps Jumbo Box

After all but ignoring 2017 Topps, I was completely on board with 2018 Topps.  Admittedly, the design won't .  However, it is serviceable and after my dislike towards last year perhaps I was just eager to like a Topps design again.  I knew I wanted to hand collate this set so that meant buying a hobby box.

I bought a jumbo box for several reasons.  First, I know if I bought I hobby box I would end up with a standard relic.  At least with a jumbo box I get an autograph and manufactured relic in addition.  Second, buying a jumbo box usually guarantees pulling one full set.  I didn't want to buy a hobby box to then have to chase down the rest of the base set.  Finally, getting two silver packs instead of one was an extra incentive to spring for the jumbo. 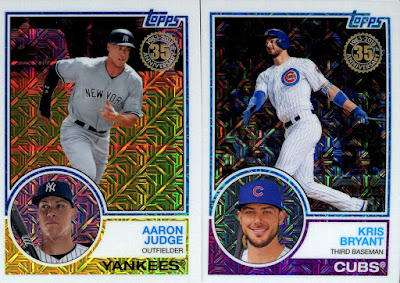 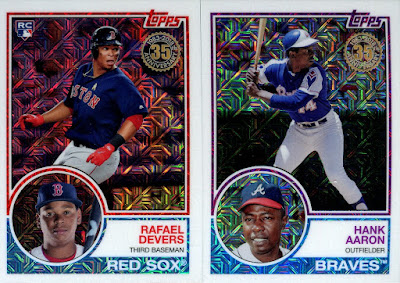 I'm starting with the silver packs as they were the first things I opened.  Here are the highlights from the two packs I opened.  They are all base, with a nice Devers rookie.  It's hard to feel disappointed with getting only base as these are essentially free cards.

I'm not familiar with the 1983 Topps design but these have a nice modern look.  I hope it's something continues to do for Flagship each year. 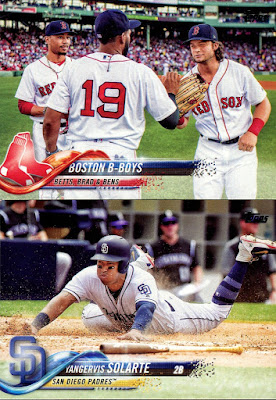 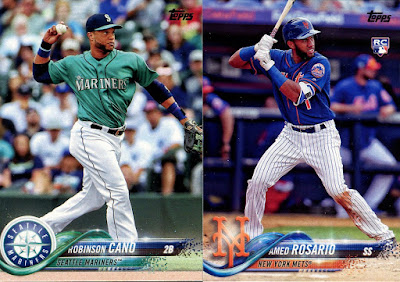 Here is a small sampling of the vertical and horizontal base cards.  The design won't win any awards but it is miles ahead of last year's design that felt sloppy.  Though, I could do without the disintegrating name and team plates.

The photos have some nice variety as well.  The picture quality is crisp and bright.  Last year everything looked dull.  I do miss borders but the full-bleed photos are nice.  The design doesn't get in the way of the photos like 2016 and 2017 Topps designs.

I think I can tolerate staring at this design for a whole year. 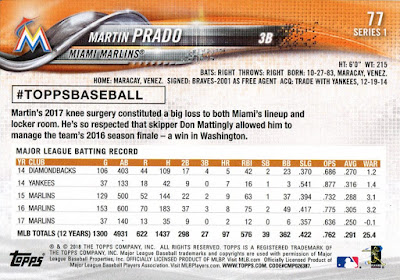 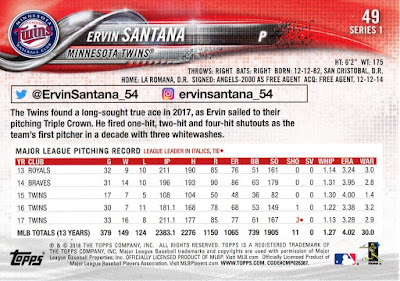 The write-ups should be centered or justified.  Otherwise there is this weird blank space on the right.

Lastly, I still cannot support the elimination of full stats.  I will never be okay with this.  Thankfully they are not going the Panini route and eliminating all but one year of stats.  Topps has shown some restraint. 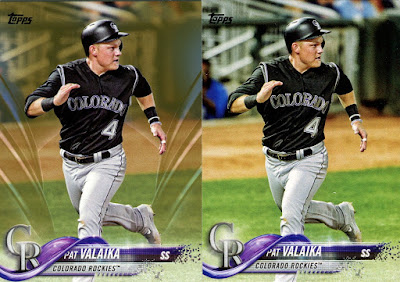 Parallels are underwhelming without borders.  They are also easy to miss.  Here's a side by side of a gold with the base.  They don't pop like they should.


The rainbow foil parallels are always easy to spot.  The black parallel took me a few seconds of studying to realize it was a parallel.  I hate to say it but the Yankee uniform looks rather nice against the black background.  I always enjoy it when a color parallel compliments the photo on the card. 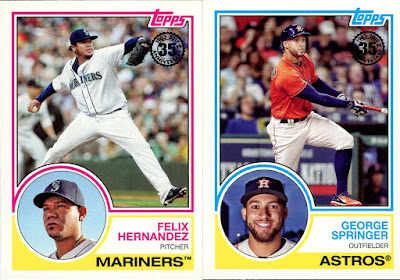 I don't know if this was the case last year but for inserts Topps has forsaken breadth for depth.  I pulled a grand total of four different inserts.  If you like putting together insert sets, the checklist depth for them will make it very difficult to put together without spending a lot of time trading or shelling out money.

The non-chrome 1983 cards still look fantastic.  If the insert set wasn't ONE HUNDRED FREAKING CARDS, I could see myself consider putting it together.  Since it is so big, I'll collect whatever Mariners/Padres are in the set and call it good. 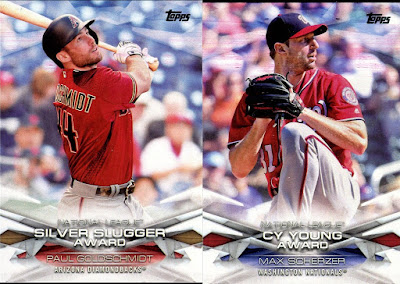 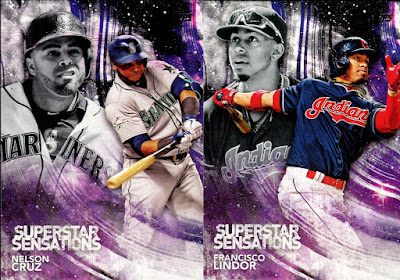 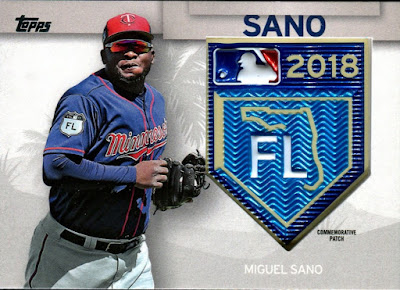 The promised manufactured relic of the box.  The Spring Training logos have looked cool the past couple years and this year is no exception.  I'm curious to hear what happens with MLB's investigation into Sano's alleged sexual assault.  This is already shaping up to be a poor choice of a card. 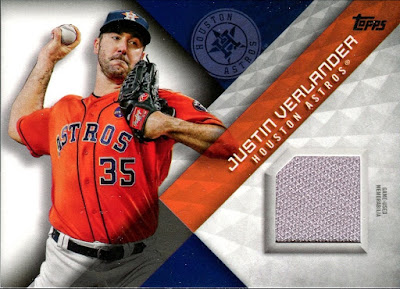 The second promised relic of the box.  I have a feeling that the jersey piece isn't from an Astros jersey but a Tigers jersey.  I bet Topps had some left Tiger jerseys of Verlander after he was traded.  Either way, he's a World Series winner so it's a nice hit.

I like the base relic design, unlike last year's that looked like it was designed at the last second.  It's a basic design but I think it looks nice.  I'm happy with the hit. 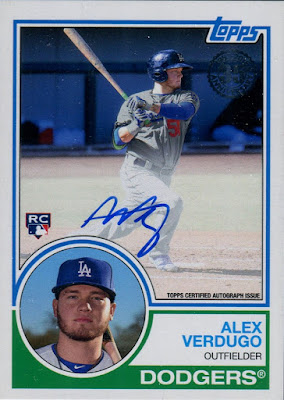 Lastly, we have the 1 promised autograph.  Verdugo ranked as the 33th best prospect.  He's only 21 and already made an appearance in the MLB.  In 21 at bats he had only four hits but that's a small sample size.  In AAA he hit .314 with a .389 OBP.  He probably won't make the 25-man team coming out of Spring Training but is waiting in the wings should the Dodgers need some help.

The autograph is on-card so that's a plus.  The 1983 design makes for a great autograph.  It's a base auto but much like the relic, the card looks great so I'm not complaining. 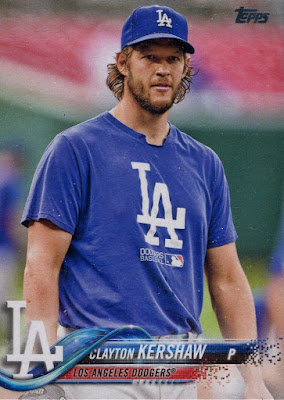 The last "hit" of the box was this Kershaw short print.  Short prints aren't as plentiful like they were in 2017 Update.  That makes this is a nice pull, especially of such a quality player.