One of my wife's friends is visiting from out of town this week on a business trip so we all went out to dinner at an Italian restaurant.  Everything was going swimmingly.  We were all catching up and eating good food.

About three-quarters of the way through our dinner, the restaurant started filling up with smoke. There wasn't a fire but the kitchen had badly burned some food.  I could never figure out what caused the smoke but I suspect it was a pizza in their oven that burned.  No matter the food, the smoke would not dissipate.  My eyes were burning and my chest felt heavy.

Worst of all?  There was nary an apology over the smoke storm they created and it was obviously affecting other patrons as well.  If their restaurant could not even handle smoke from the kitchen, I question whether the place could safely manage a fire.  Needless to say, I won't eat there again.

I could not run out of that restaurant fast enough to get fresh air.  It felt so nice to be able to breathe again and find relief.

Speaking of running, today's post highlights a trade I made with Trevor at Bump and Run Football Card Blog.   He posted on my blog indicating he had a few 2008 Topps Football to trade.  I can't turn down an opportunity to collect more 2008 Topps so we settled on a nice trade.  As the name implies, Trevor posts mainly about football so our trade focused on football cards.  You can see what I sent him over on his blog. 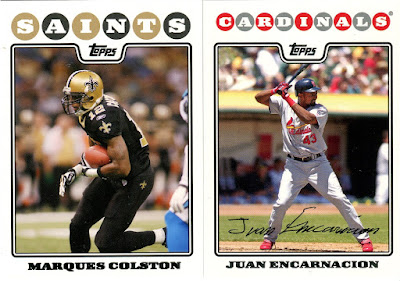 Getting the 2008 Topps out of the way, I received a few football set needs.  Trevor also included some baseball as a bonus! I haven't checked whether I needed them or not but either way the gesture is appreciated!

2016 Classics is a set I've really enjoyed this year with the retro look.  Both of these rookies were signed by the Seahawks with only Alex Collins making it on the roster.  He's had limited playing time so far this year. 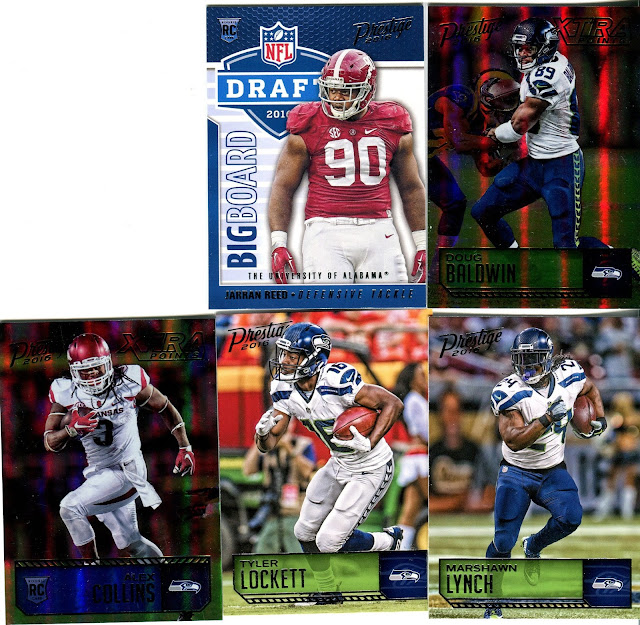 During my previous look at Prestige I remarked that outside of the Seahawks, I wouldn't be collecting any more Prestige.  Well here comes Prestige again, thankfully with only Seahawks.  The two rainbow foil cards are Extra Points parallels.

This year Lynch's absence is glaringly obvious.  The Seahawks' run game just hasn't been the same. Thomas Rawls, the heir to Lynch's throne, has been injured for most of the year.  Hopefully, he will provide a spark to the anemic run game. 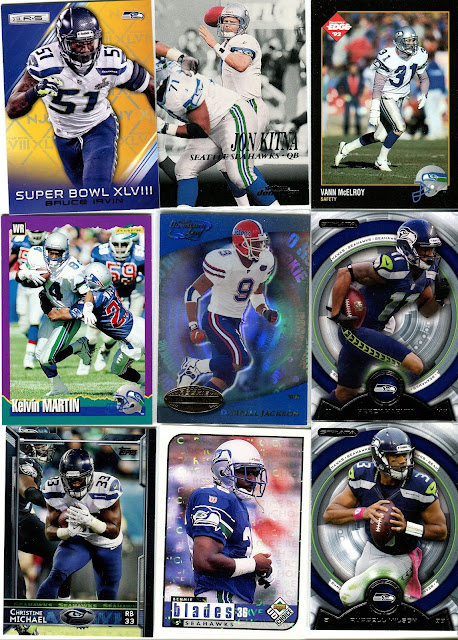 The last set features a nice mix of new and old Seahawks cards.  I didn't become a Seahawks fan until I moved out west from New England so some names aren't familiar, like Vann McElroy and Kelvin. Other older players like Jon Kitna, Darrell Jackson and Bennie Blades are names I immediately recognize. The Blades and Jackson cards have writing throughout the background that shows up slightly on the scans.  It's a cool looking effect in person.  Out of the four modern Seahawks players, coincidentally all four were part of the Super Bowl winning team.

This was a great trade with some set needs and PC needs completed.  I look forward to trading with Trevor again!
Posted by ketchupman36 at 10:36:00 PM